Geography of the CCMP

The heart of the city

Once referred to as the central business district, the shift to describing the heart of the city as the city centre reflects its increasingly diverse activities and functions.

This includes its emergence as a major concentration of residential population and one of the fastest growing parts of Auckland and New Zealand.

The city centre covers an extensive area between the waterfront and Karangahape Road from north to south and from Ports of Auckland to Westhaven from east to west.

It is defined as the area between the motorway ring of the Central Motorway Junction and the waterfront between Westhaven in the west and Ports of Auckland in the east.

The city centre is often characterised as being made up of a series of distinct urban neighbourhoods or character areas. These areas are sometimes referred to as precincts or quarters in strategy and place-based plans.

In time Access for Everyone (A4E) will also spatially define a series of access zones across the city centre.

How CCMP extends beyond the city centre

The geographic reach of the refreshed city centre masterplan extends beyond the artificial severance caused by the motorway ring to embrace the city fringe neighbourhoods that surround it - from Parnell in the east to Ponsonby in the west.

Integration of the city centre with the uptown area of the southern city fringe is a particular focus given the coming transit investment in that area.

Key areas of the masterplan 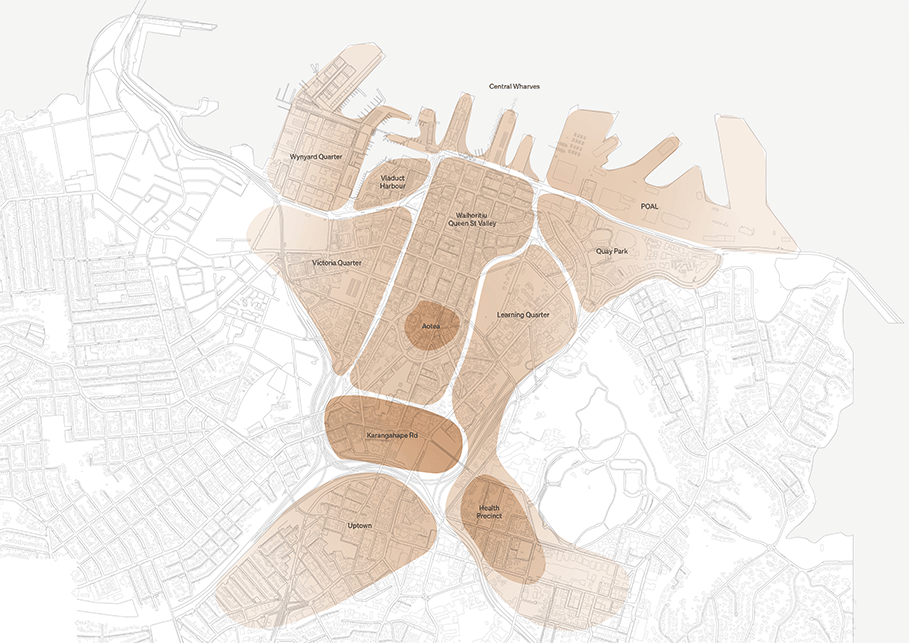 More about the City Centre Masterplan

The vision for the CCMP

Our response towards climate change