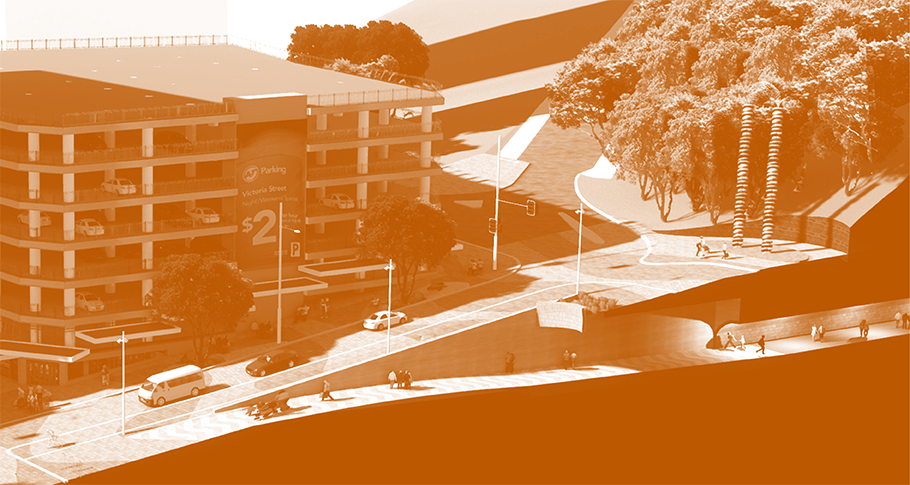 A private development proposition has identified an opportunity to re-open the historic WWII air raid shelter tunnels under Albert Park. The feasibility of this private sector funded proposal is yet to be assessed.

The CCMP has identified synergies in this proposal with key strategic goals and transformational moves of the masterplan.

How it would happen

The masterplan envisages the following opportunities for integrating a future tunnel re-opening proposition with the wider goals and outcomes envisaged for the city centre:

An even-graded walking connection between the Victoria Linear Park within the heart of the Waihorotiu / Queen Street Valley and Grafton Gully boulevard to the east, providing a more direct and accessible walking and cycling connection that reduces topographical barriers to integrating the currently isolated eastern edge of the city centre.

This is a key goal of the Transformational move 2: The east and west stitch.

Enhanced public transport access for the Learning Quarter, with two CRL rail station entrances in the University of Auckland campus (via Metro-lifts) on Princes Street and Symonds Street providing direct walking linkages to Aotea Station via the tunnels.

This is a key goal of the Transformational move 4: The Learning Quarter.

Grafton Gully - creating a safer, more attractive and revitalised part of the city

Waiatarau / Victoria Park - integrating the park with the surrounding areas