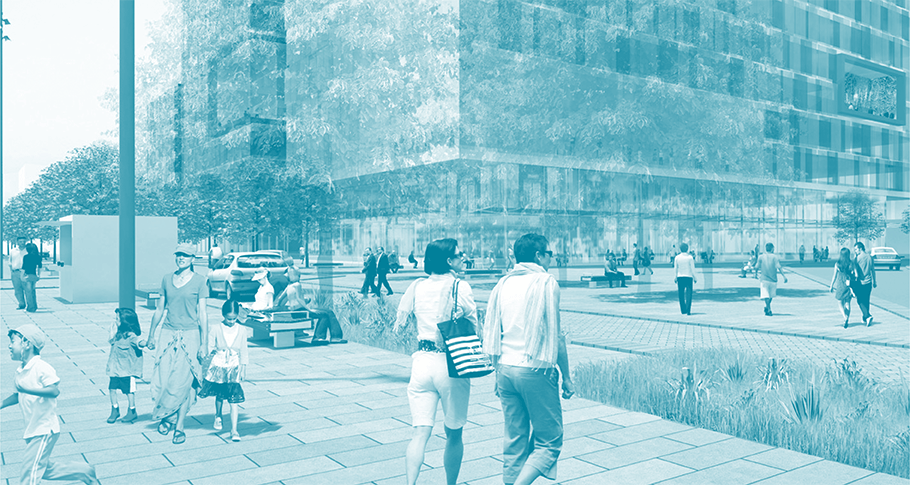 The refreshed city centre masterplan vision holds onto the opportunity first identified in the 2012 City Centre Masterplan for the transformation of the two downtown west city centre blocks to unlock many of CCMP's key goals relating to Transformational move 8: Harbour edge stitch.

The blocks are bound by:

The masterplan identified both redevelopment opportunities and public space enhancements to the major streets and emerging laneway network.

How this would happen

The western half of this downtown west precinct retains the potential to unlock significant additional benefits in the future.

Transformation of this sub-precinct remains key to integrating the city centre downtown core with the Viaduct Harbour and Wynyard Quarter waterfront neighbourhoods to the west.

In particular, the eventual removal of the Lower Hobson Street Flyover, and long-term aspiration to redevelop the Auckland Council-owned downtown car park site, have the collective potential to add:

Union and Wellington streets - walking and cycling and connections